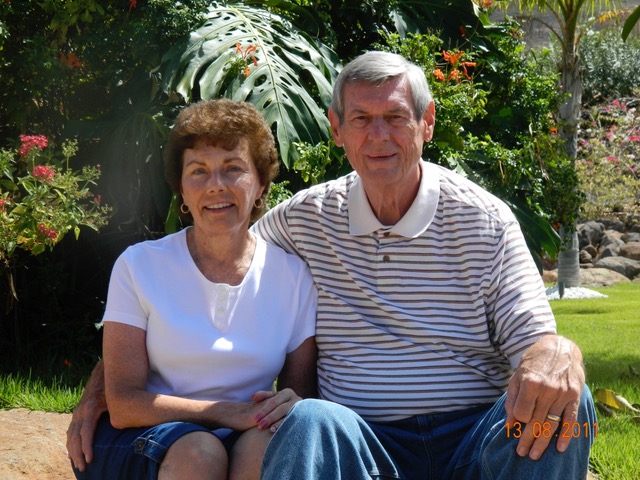 What was the happiest moment of your life?

Hope it hasn’t happened yet. However, I have lived a happy and charmed life; When I married the most beautiful girl I could ever imagine; When I passed my State board exams to become an Architect; when I was on 2 national NCAA basketball championship teams for University of Cincinnati (1961,62); The births of my 3 wonderful children and 6 wonderful grandchildren;
And lastly I am in good health at 79 years old.

Who has been most influential in your life?

My mother and father, they treated everyone as a friend, maybe at times to the point where people took advantage. My father was one of those guys that can fix anything, I thought every father was like that when I was younger than realized he was quite unique.

My mother was my council, she taught me to be a problem solver rather than a complainer and she also had the duty of explaining the facts of life to me. That was embarrassing at the time but later on I respected her for taking on the task. She did a better job than Sue and I did with our kids. Our kids told us so!

With my parents’ guidance and influence, I now realize that I am who I was meant to be in life and the feeling sets me free. Since I started my life here at Evergreen Retirement Center I realized I tend to befriend those who need some kind of help, similar to what my parents would do, and it feels good to be useful!

Thinking back, my earliest memory was when I was about 4 years old. My mother took me to downtown Cincinnati to shop at the big department stores. I say was 4 because I remember she was holding my hand when we were walking on the sidewalks along the streets. While walking she stopped and said stay right here and she got her purse and took out several coins and dropped them in to the cup of a disheveled man sitting on the walk leaning against the wall. As we began to walk away I asked her why she did that and she replied that man needs some help.

Another incident that I remember occurred in High School. Our building was 7-12 grades, I was a Junior. During class exchanges a 7th grade girl got bumped and all of her books and papers were spread out all over the hallway. Most kids started laughing and pointing at her. She was obviously embarrassed. I went over to her and helped pick everything up and sort as best we could. I noticed the laughing and pointing stopped, she thanked me and went on her way. Afterward I realized that other students were surprise that an upper classmen helped a seventh grader, and I felt good doing the right thing, maybe just maybe there was a lesson learned by all.

I was always a good neighbor helping anyone who needs help, chain saw a fallen tree, cut other peoples grass, given stranger whose car broke down on our street a jump for their battery, gallon of gas, directions, etc. My father was the same way when I was a kid. It has always seemed to be the right thing to do and maybe someday someone may return the favor and help me if in need.

So what is this all about? I never put the meaning of all these experiences together, to realize they define who I am and who I was meant to be. And the realization makes me feel good and I thank my parents for showing me the way.

David Letterman once said “Whenever you help someone you will feel better about yourself.” That struck a chord with me.

What advice or quote did you always try to live by?

EACH DAY OUR ODESSEY BEGINS ANEW
I occurred to me that in realty this title applies to us all. Each day we are a bit older, events in our lives from yesterday and today have changed us ever so slight as it may be. In the younger and older generations the changes can be more readily seen.
Our guiding values and principles are constantly being challenge, changed and or reinforced as our character is being molded. Make use of each day the best you can and always look ahead with a positive attitude.

What is one memory from your past you cherish?

I cannot think about the most cherished without thinking about the least cherished, they both involve my wife. The most cherished was running away and marrying (1961) the most beautiful girl who was also a very intelligent and caring person whom I was proud to share everything in my life with, but who eventually (Jan 2016) was diagnosed with Alzheimer’s disease and in 2019 I could no longer be the caretaker an she now resides in a memory care unit. The day i left her there was the saddest day in my life, I felt like I abandoned her so I wrote a letter on how bad I felt and got the opportunity to become a Alzheimer Volunteer Facilitator to help other care givers facing the same situation (I am near finishing my training).

Any regrets or advice you’d give to a younger you?

My life has been focused on three issues: team work; education; helping others.

Your life may/will be different, get to “Know thyself” as Socrates said and build upon your positive traits. You are unique, enjoy your ride into the future.

It was a Holiday and all the grandfather’s grand children were there. They were excited about getting a gift from grandfather since his gifts were always useful and fun.

As they gather about each was handed their gift. As they were opened each discovered they got the same gift which was an empty plastic project case measuring 14” x 10 ½” x 1 ½ “ deep. Realizing their grandfather was elderly, they said “ Grandfather there is nothing in these cases, did you forget to put the gifts inside?

Grandfather said, “This is a greater gift than I have ever before given you.”
The grandchildren replied “But grandfather we do not understand, what can we possibly do with an empty plastic case?”

Grandfather said, “I have given you each a “Place” in which to plant the seed of your story. It is not an expensive place, but it is portable and can go where you go, its translucence represents sharing and reminds you what it holds, it also represents an invaluable concept that you will appreciate more and more as time goes on. It is the “place” to record your life’s journey. Whether or not you place your thoughts or memories inside the case, it will be always be with you as a reminder to take time to write your story. This case is the seed that will grow into larger containers as the years pass by and your story will flourish, as did mine.

“Your first account should be your thoughts about today.”